A Freelancer Turns Friend and Lifesaver

Danny was at his wit's end. The freelancer he hired left the project due to personal reasons. He was paid for his help but it decreased what little budget Danny had. It took several months for Danny, a 22-year-old accounting student from Scotland, to raise £500 for it and most of these funds came from donations from his FIFA 15 forum on ProBoards.com. He wasn't willing to ask around again for fear of the forum members' distrust. 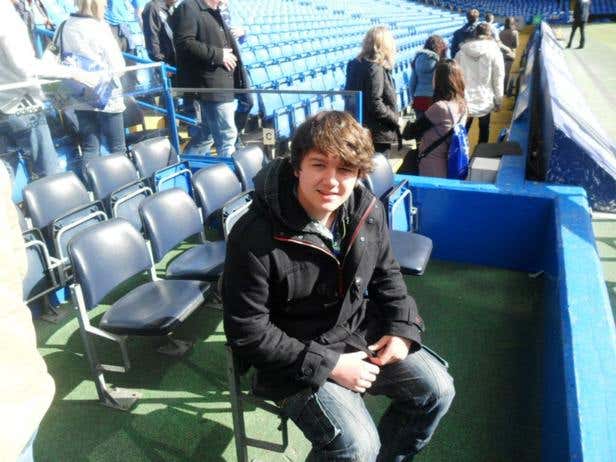 The project was a dedicated FIFA 15 Pro Club website where gamers can sign up as an individual, find a team, and compete online. "We decided to upgrade because ProBoards wasn't enough. What we wanted to do was complex and involved a lot of other external websites. The aim was to integrate all these sites into one so we can save hundreds of admin hours weekly," said Danny. Upgrading to a dedicated website would also allow Danny and his team to generate their own advertising revenue that would fund improvements on the site and eventually allow them to offer prizes.

Danny had announced the transition to his 4,500 members and they were very excited. He didn't want to turn them down so he thought of looking for another freelancer using the £315 he had left. Though uncertain if someone would accept the job for the budget he had, Danny took a chance and posted the project on Freelancer.com.

He was pleasantly surprised to receive 32 bids, but upon reviewing all, his hopes plummeted. "Out of all the bids, there was only one freelancer I wanted to work with. He had the best grasp of what our business needed and had exceptional ratings, but his asking price was three times our budget," said Danny.

Resorting to local companies to do the work was also out of the question. Danny emailed about a dozen and all of them refused to negotiate and stuck to their costs ranging from £1,500 to £3,000. "They also didn't seem to really care about discussing the project, which meant it was incredibly hard to gauge whether they understood the project or not."

Danny had no other way out but to approach the freelancer, Abhius, to convince him. "We discussed the project with him and after hours of talking and exchanging ideas, we got him to reduce his price to be more aligned with our budget. We hired him instantly."

Albhius said he could finish the project in two weeks but as they got closer to the deadline, it was clear that he wouldn't be able to make it. Danny was stressed; if this one last attempt failed, he was sure it would take a year or so before they could try again. Albhius sent Danny a message that he needed more time and explained what he had completed and what he still had to do. "I felt a sense of relief when he said that he would do everything without regard to the cost."

The freelancer maintained constant communication and Danny learned that there are aspects in the project that were more difficult than what they had expected. "Abhius could have given up at this point, and I wouldn't blame him, but he persevered. Although he pushed the deadline further, I didn't mind, knowing the nature and difficulty of the work."

For another month, Albhius covered all the seemingly impossible coding and surpassed Danny's expectations. He perfected all aspects including one of the hardest parts of the website, which was the VPFL.tv that pulls information from a gaming stream website twitch to display all their players Twitch streams. Another area where Albhius shined was in making the final changes to the website.

"Again, he could go up and leave as the website is finally completed at that point, but Albhius stayed a bit longer. He said he wasn't satisfied to just see the site running. He wanted it to be perfect and make sure that I'm 100% happy. He and his team worked tirelessly for another three weeks."

Danny was grateful for finding such an outstanding freelancer as Albhius. "I was ecstatic to find someone genuinely great and hardworking to pick me and my project up to carry us forward to the finish line. Albhius is truly great and I have nothing but thanks and admiration for him."

Cheers to the supermoms on Freelancer!

Getting Rid of Workplace Bullying One Video at a Time