A Vision, a Promise, a Future

Standing on stage in front of family and friends, a young man smartly dressed in a black suit nervously delivers his big speech, but his smiling eyes and face betray the happiness he feels at that moment. Towards the end, he looks at his lovely bride, radiant in red cheongsam, and says: “I thank my beautiful wife for being a part of me and allowing me to walk along with her on the journey to forever. I can’t promise you super rich wealth or a luxurious life, but I promise what a husband should do.” And a video plays on the widescreen. 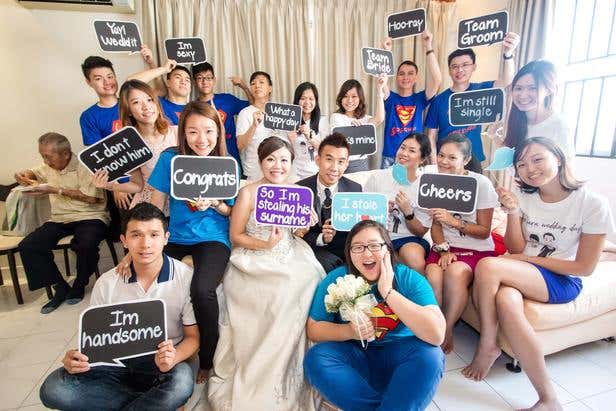 With Westlife’s “Beautiful in White” playing in the background and the vows superimposed, the animated video features cartoon images of the newlyweds, Hooi Jun Keat (JK) and Sara, as they journey together as a loving married couple. From the wedding to the early years of their marriage, from pregnancy to the birth of a son, from the son as a child to a mature young man, the husband remains supportive of his wife throughout—there’s even a poignant image of the backs of an old couple, with the husband’s arm over his wife’s shoulder, looking out into the sea over sunset.  The video ends with a photo montage of the couple with family and friends.

The video, which was created by an experienced video animation team called Dicanime via the world’s largest outsourcing platform Freelancer.com, made a huge impact on JK’s wedding last November 15, 2013. “The video animation was a killer blow on my wedding day because it’s not only incredibly touching, it also amused all my 350+ guests,” beams JK. “Most importantly, my newlywed wife cried tears of joy.”

The video almost never got made because JK couldn’t find anyone locally to do it. He heard about Freelancer.com a year ago, but only decided to try it after considering all alternatives. “Freelancer.com is the best I could find online compared to all other outsourcing websites,” he reveals. “In terms of user-friendliness and tools, everything is well structured and easily understandable.” 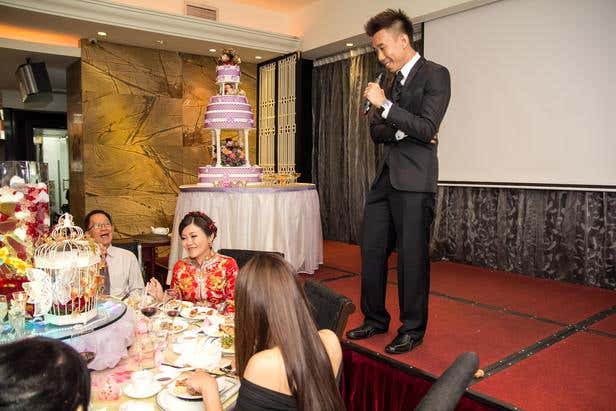 As the wedding date drew nearer, he felt the pressure. He posted the project again (after cancelling the first time) and raised his budget. He didn’t have to wait long as bidders started to pour in. With the help of the platform’s chat system, he was able to communicate with the freelancers and eventually made his final choice. “Dicanime told me that they were new on Freelancer.com,” he explains, “but the sample videos I saw in their profile were just brilliant. It so happened that they had done a similar project before. From that point on, I knew they were the one who could help me fulfill my wish and dream.” Also a contributing factor was that the team came from China. “As the wedding in China is quite similar for the Chinese in Malaysia, they understood easily what I wanted and how I wanted the video to be.”

JK simply instructed that the video had to be touching and provided a brief sequence; Dicanime came up with the script. After he saw the first cut, he was so moved that he was rendered almost speechless. “I knew that I didn’t hire the wrong person and my tears just flowed.” 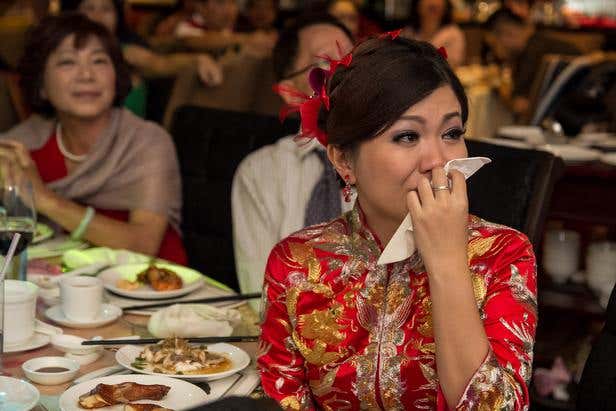 The entire production took two weeks. With only one day prior to the wedding day to preview the video for further revisions, it was quite understandable that JK was worried. “But Dicanime assured me that they could do it within the time frame. Indeed, they really kept their promise and successfully delivered the awesome video on time.”

He ascribes his joy to the popular online platform. “Freelancer.com really does make people like me a lot happier. Not only does it provide good details of all the bidders, but it has now given me confidence to outsource my work online rather than offline.” More so, he is grateful to Freelancer.com “for perfecting my life with this meaningful and joyful wedding dinner.”

As a freelancer, the challenge of retirement has been placed squarely in your own hands. Here's a few tips to help you navigate it:

This article will examine some strategies and tools that freelancers can utilize to make themselves stand out from the crowd.

What This Professor Did to Fight Retirement Blues