How Entrepreneurs Are Transforming the Global Economy

Modern entrepreneurs are a powerful engine of economic growth. Learn how they have been changing the economy for decades. 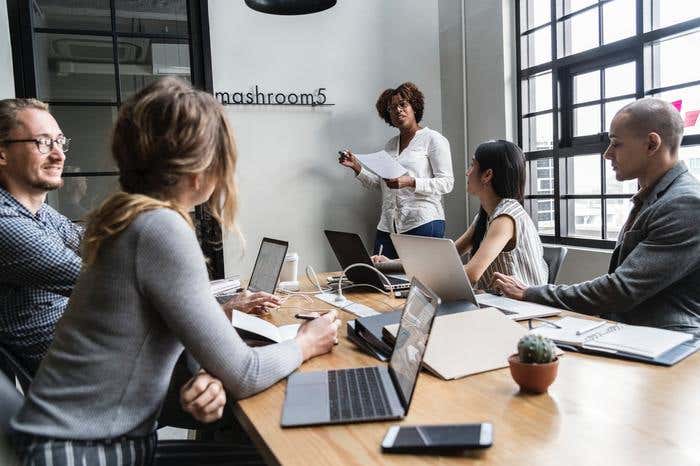 Personal Contribution of Entrepreneurs in Globalization

Entrepreneurship primarily means an independent economic activity, which is aimed at making a profit using a legal business. In many ways, an entrepreneur is an innovator who introduces new products, new technologies, and new forms of business organization on a commercial basis. Also, business people take financial risks and responsibilities. For instance, you can order best custom research papers to delegate your tasks to professionals, and they, in turn, guarantee you excellent results. So, the role of both medium and small businesses in the global economy has significantly increased over the past 30 years.

In the last century, world commerce reached a fundamentally new stage of its development due to the vigorous activity of transnational corporations. Multinationals used to create most of the world's wealth at that time. But, the almost absolute monopoly on trade and production, which belonged only to large companies in the past century, has been lost under the influence of the globalization processes and innovative technologies. Therefore, analysts tend to consider the globalization of small and medium-sized businesses the most important trend in the development of the world economy in the 21st century.

Globalization has opened a window to the rest of the world for small business. Thanks to it, free trading between countries is increasing every year. New markets become open for goods and services, legal barriers are broken down, and global integration is enforcing. The introduction of international business courses into the programs of many US colleges and universities in the 1980s has played a vital role for the formation of a new generation of entrepreneurs who are to conduct part of their operations abroad. Before that time, “doing business elsewhere” courses only used to give knowledge on international transportation, that is, logistics.

The market need in international business consultants was born out of the globalization processes. In a world where entrepreneurs face increasing competition, globalization gives them many new opportunities. Meanwhile, business abroad is considered a logical evolution of entrepreneur’s activity. Thus, an entrepreneur often has to show the possible options of their business development abroad to successfully get a loan at a bank to open a new business or develop an existing one.

Experts state that the modern climate in getting access to foreign markets is more favorable than ever. Only in the United States, about 230,000 small companies export their products and services for almost $200 billion annually, which presents a third part of the entire volume of the country export. In the European Union, more than 70 million employees, which is 90% of the total laboring population, work for both small and medium businesses with no more than 250 employees and an annual turnover not exceeding €50 million each.

For many European and American small companies, the method of locating production in countries having cheap labor with the subsequent sale of goods in more developed markets became the only way to survive in a competitive struggle. By moving a part of business abroad, a contemporary entrepreneur has an opportunity to reduce the costs of their product or service. Economists claim that proper outsourcing can save production costs of a small-scale producer by up to 40%.

With the right choice of a foreign partner, business people can significantly improve the efficiency and productivity of their teams, as well as the quality of their goods and services. For some companies, outsourcing gives way to business innovations, for others — to find a strategic investor. First of all, in outsourcing, experts see an opportunity for a company to speed up and cheapen the new product stages of their development and promotion. For small and medium businesses, the most predisposed markets are those with an already established outsourcing practice.

Another factor that has played an important role in providing small entrepreneurs with broad and cheap access to the global market is technological progress, mainly in the field of telecommunications and computers. Launching commercial orbital satellites has improved the communication services while lowering their costs. It increased the effectiveness of interaction between the company's head office and its representative offices, industrial units, and consumers.

Thanks to the Internet, commercially successful projects have started to be implemented on a global scale. Moreover, the Internet environment itself has become a field of activity for numerous entrepreneurs providing digital services. The cheap way of communication and the possibility of conducting video conferences with foreign partners made it easier for small and medium businesses to enter markets of many countries. The speed and ease of access to information is another valuable feature brought by the Internet. It all became real thanks to the efforts of young entrepreneurs who later became valuable experts in digital technology.

The Role of Today’s Entrepreneurship in Economy Development

Modern entrepreneurship is one of the most important elements of a market economy. It largely determines the rate of economic growth and quality of the national product. Also, it contributes to maintaining competition and forming a new social stratum. Contemporary business people create new workplaces all over the world and pay taxes. Discovery and exploration of new foreign markets is not an easy task, but precisely small business owners are breaking the existing barriers in international trade, revealing the endless potential for their own growth, and transforming the global economy today.

What entrepreneurs need to know about choosing the right business structure.

The secret to shifting from freelancing to entrepreneurship is out. Here are the steps that will elevate you from a freelancer to an entrepreneur.

Occasionally a fraudulent client or scammer will post a project, causing trouble for freelancers. Find out how you can spot the early warning signs.

Why Working for Yourself Is Like ‘American Ninja Warrior’