A college undergraduate, Jay Batausa found a job as an attendant at an Internet café near his home in Davao City, Philippines. Although the hours were long -- he would start at 9:00 AM and end at 10:00 PM -- he liked his job because it was easy. He would log customers' hourly computer use using a program that automatically boots and shuts down a rented computer, man the cash register, and print and scan documents. 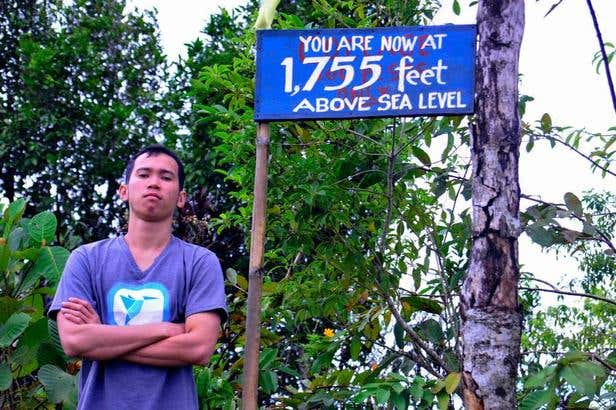 For the 13-hour, 5-day a week shift, Jay earned Php 3,500 (US$75) per month. In his town, the same amount was earned by gardeners, store clerks, and farm laborers whose jobs are more arduous. At the Internet café, Jay was allowed surf the Web and play games whenever he wanted. He didn't want to leave his job, but his earnings weren't enough for him and his family. "We are six in the family. My younger siblings were in school and I wanted to support them," he said.

One day, while surfing the Internet, Jay came across ads that offer work. He researched more about it and found several platforms that promise jobs that could be done online. He was skeptical at first about getting paid, but he didn't have anything to lose except time, and he had plenty of that.  "I chose Freelancer.com instead of similar sites because it was easy to understand and was not crowded, way back 2011 when I started," he said.

Jay mostly bid on Data Entry and Virtual Assistant Projects. His first data entry project was with a Canadian client who paid him US$50 for a few days' work. Employers who hired him were pleased about his hunger to learn more, so they mentored him on many other skills, such as website management, social media management, and email marketing. His most memorable project was with a CEO from Spain who hired him for more than a year of work. "He even referred me to his business partners and friends. He said I stood out because I was hard working and produced great results," Jay shared.

A year into freelancing, Jay left his job as an Internet café attendant, bought his own computer, and set up office at home. By that time, he was earning Php 20,000 (US$450) a month. "I was able to buy things for me and my family, take us on vacations, and help with the bills and groceries," he said. Apart from the money, Jay also enjoys additional perks of freelancing, such as the freedom to work anywhere and anytime he wanted. "My personal life changed a lot. I am able to relax, travel, and do outdoor activities without counting vacation leaves."

In 2013, Jay formed a team of eight freelancers. This was when his earnings reached its peak, but the work load got heavier as well. It took its toll on Jay's health, so he had to let go of his team and work on his own again. "I just hire freelancers on the site whenever I get swamped. In the future maybe I'll try forming a team again, but right now I'm happy with the slower pace," he said.

Despite the relaxed pace, Jay earns comfortably and said that compared to all the jobs he had, freelancing was the most stable. He attributes this to his experiences and attitude. "You have many competitors, but when you show employers that you can be trusted and you can get the job done, you won't run out of work."

Are you looking to become a successful freelance math tutor? This article will guide you through the process and provide all the tips you need.

Before applying for a job as a freelance academic writer, you just need to make use of the skills you have.

Simple Tips to Get Started on Encryption